Nonprofit work had always been cited as a black and white endeavor related only to donations and the cause of philanthropy. But the times have changed and so the perspective of people about different domains of life

Nonprofit-ism is one such domain whose values are changing in the evolving world of brands as the NGOs – that were mainly inclined towards helping the world coming out of poverty – have started to rely on the role of designing that have become an integral part when it comes to branding of nonprofit campaigns.

Emotion is one factor that should be taken care of while designing a certain nonprofit campaign. If a campaign does not trigger right set of emotions, it might not be a successful one. Campaigns for nonprofits are often designed to make a lasting impact on people's hearts instead of minds as it is a worldwide phenomenon that people think with hearts when helping others.

It's no wonder then that nonprofit sector is on a run to hire best possible marketing and design teams. Not only efforts are being made to bring more out of a mere campaign with the help of properly designed leaflets and brochures, NGOs websites are also being designed to attract more number of people and philanthropists from around the world.

The Bill & Melinda Gates Foundation, for example, recently appointed Tom Scott, a British entertainer, as director of global brand and innovation. Oxfam International embarked on a confederation-wide "global identity project." And GBCHealth was one of several organizations completing a rebranding process. Brand managers in these pioneering organizations were focusing less on revenue generation and more on social impact and organizational cohesion. Indeed, some of the most interesting brand and designing strategies are being developed in endowed, private foundations with no fundraising targets at all.

The best nonprofit campaigns are supposed to be aesthetically pleasing, distinctive, memorable, timeless, relatable and should communicate qualities of the brand. Timeless measures are being taken to avoid a setback when asking for donations. There have been various initiatives to fulfill the noble cause of philanthropy along with providing a sense of amazement to the donors.

BREAD FOR THE WORLD

Bread for the World is a non-partisan, Christian citizens' movement in US to end hunger. The organization acts as a collective Christian voice urging nation's decision makers to end hunger at home and abroad. By changing policies, programs, and conditions that allow hunger and poverty to persist, it provides help and opportunity far beyond the communities in which they live.

By far the organization has fed nearly 1.8 billion people around the world and is constantly striving to reach out to more people by hiring different techniques to collect donations.

If anyone wants to send donations through the organization, he/she can send Bread for the World Christmas cards to his/her friends, family, clients, or co-workers and help end hunger! Using dramatic photos to convey a message of peace, joy, and hope, the cards reflect the world in which Bread for the World seeks to make a difference. Each pack contains 10 cards (each measures 4.25"x 6.25") with envelopes and shipping is included! 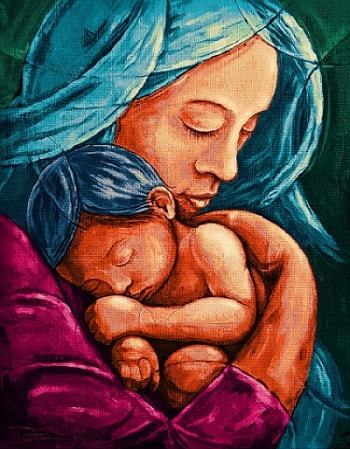 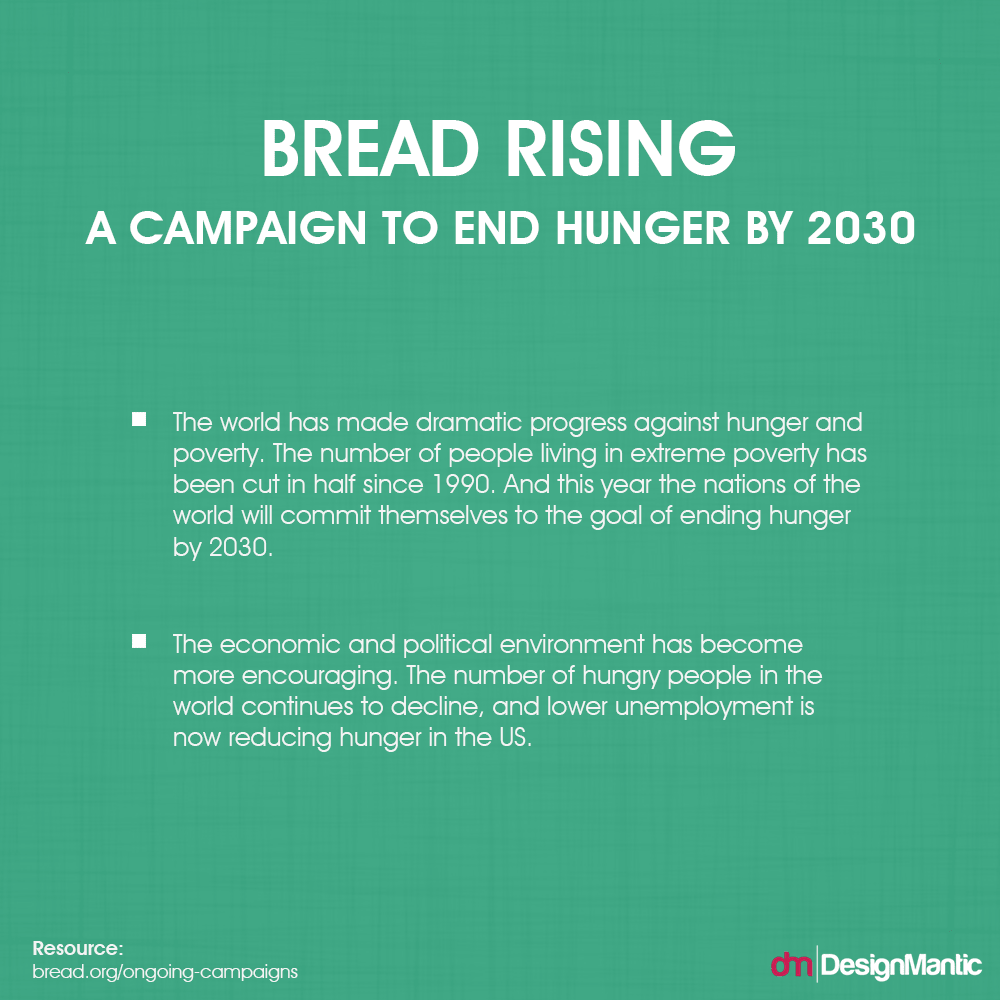 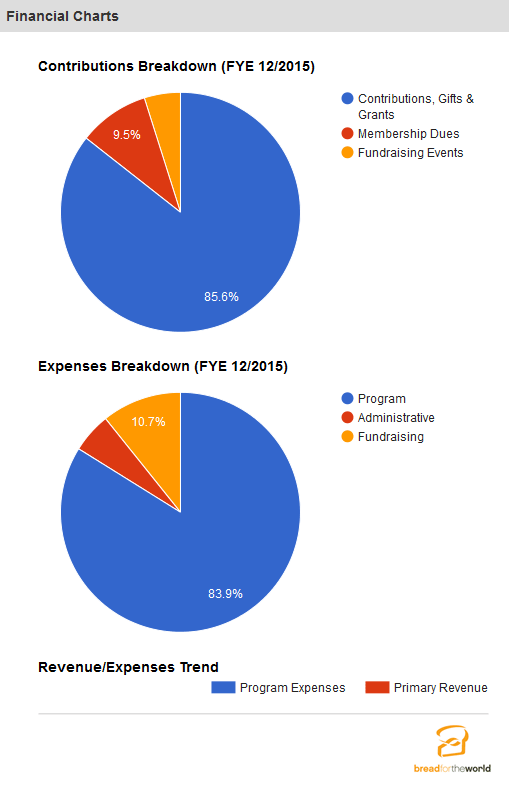 FOOD FOR THE HUNGRY

Founded by Dr Larry Ward in 1971, Food for the Hungry is an international relief and development organization with operations in more than 20 countries. Its mission is 'to walk with leaders, churches and families in overcoming all forms of human poverty'.

Hiring Creativity To Make A DifferenceY

Their Happy Birthday campaign has won several accolades. Any donor can sponsor a child who shares his/her birthday month and bring a change in someone's life in a fun way. Give a child in need the gift of hope through sponsorship and celebrate this gift every year… together! 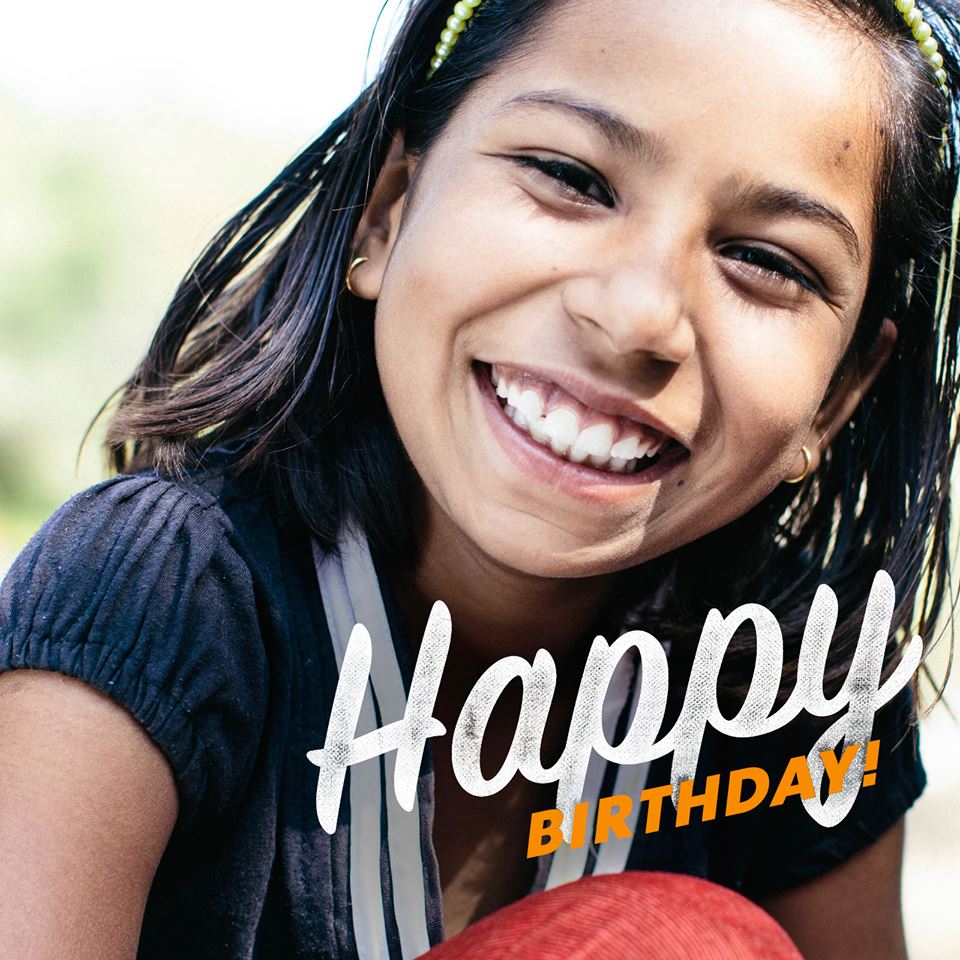 The organization hired a design studio 501 creative for a capital campaign case statement that would tell the story of the amazing work they are doing and describe the institutional and programmatic needs driving their campaign. With rustic textures and type, well-organized text and amazing photography, the finished product helps make a good case for why donors’ charitable dollars are well invested helping Food for the Hungry move 'Forward with Hope.' 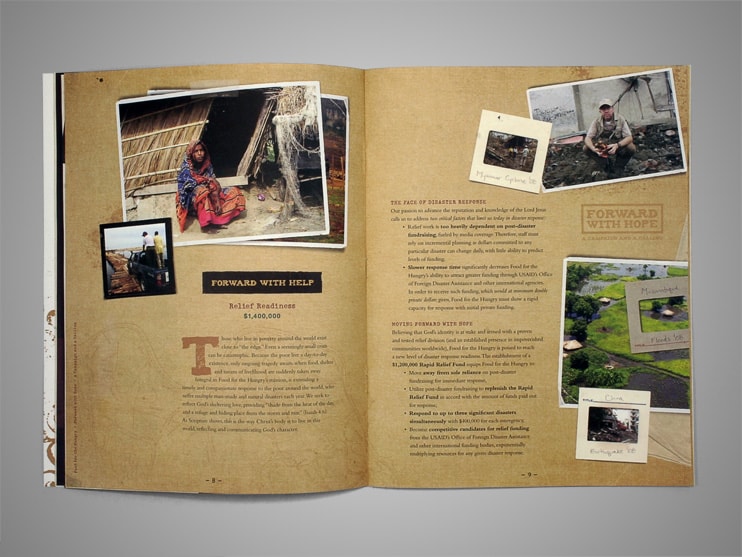 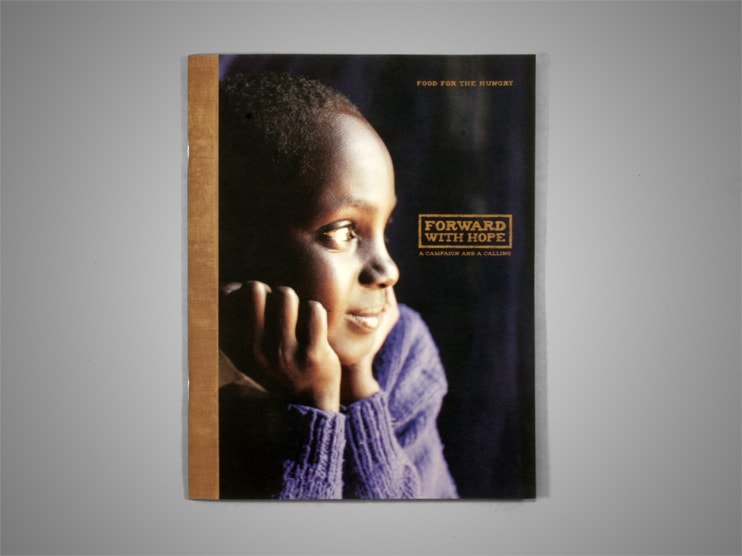 Feeding America is a US based nonprofit organization that feed more than 46 million people through food pantries, soup kitchens, shelters, and other community-based agencies.

The organization is known to run impactful and beautifully designed food campaigns which are generating donations of more than 20 billion dollars annually to make a difference in people’s lives by providing them with the basic necessity of life – food. 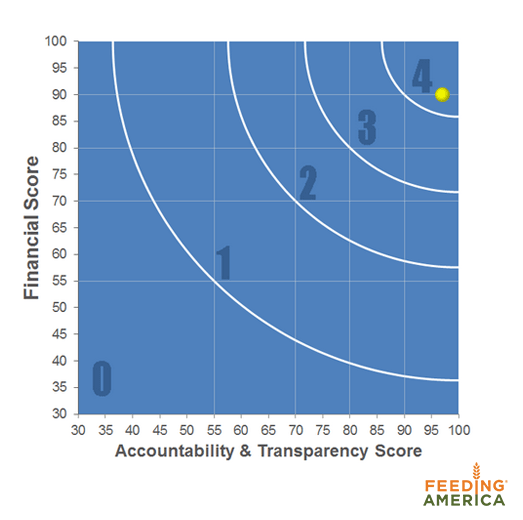 Creativity and A Noble Cause

Feeding America with their latest campaign, September is Hunger Action Month, have people all over America standing together to end hunger
We need you. Getting involved is easy because no one can thrive on an empty stomach. 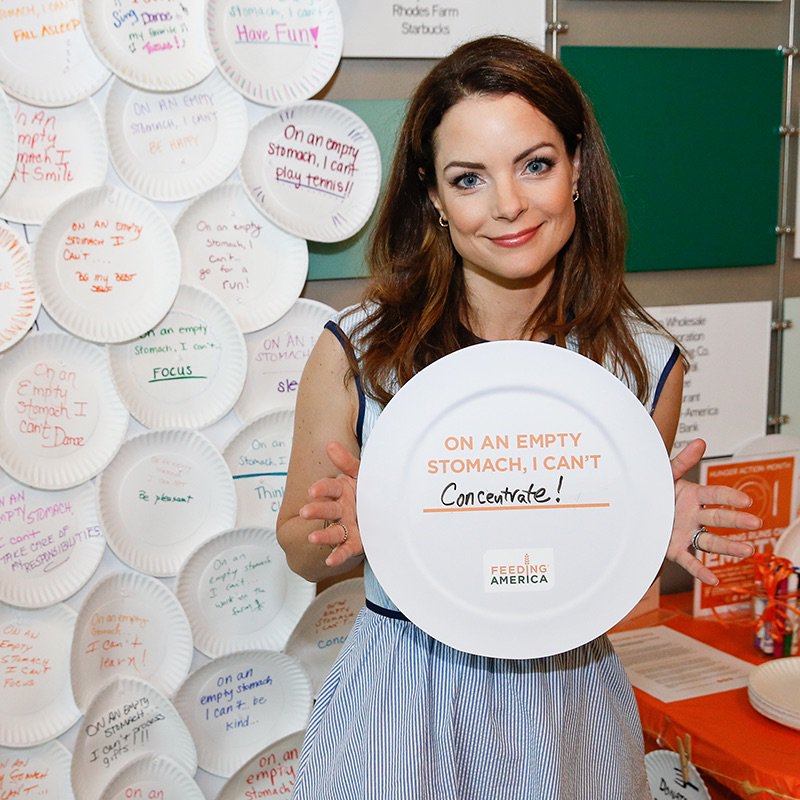 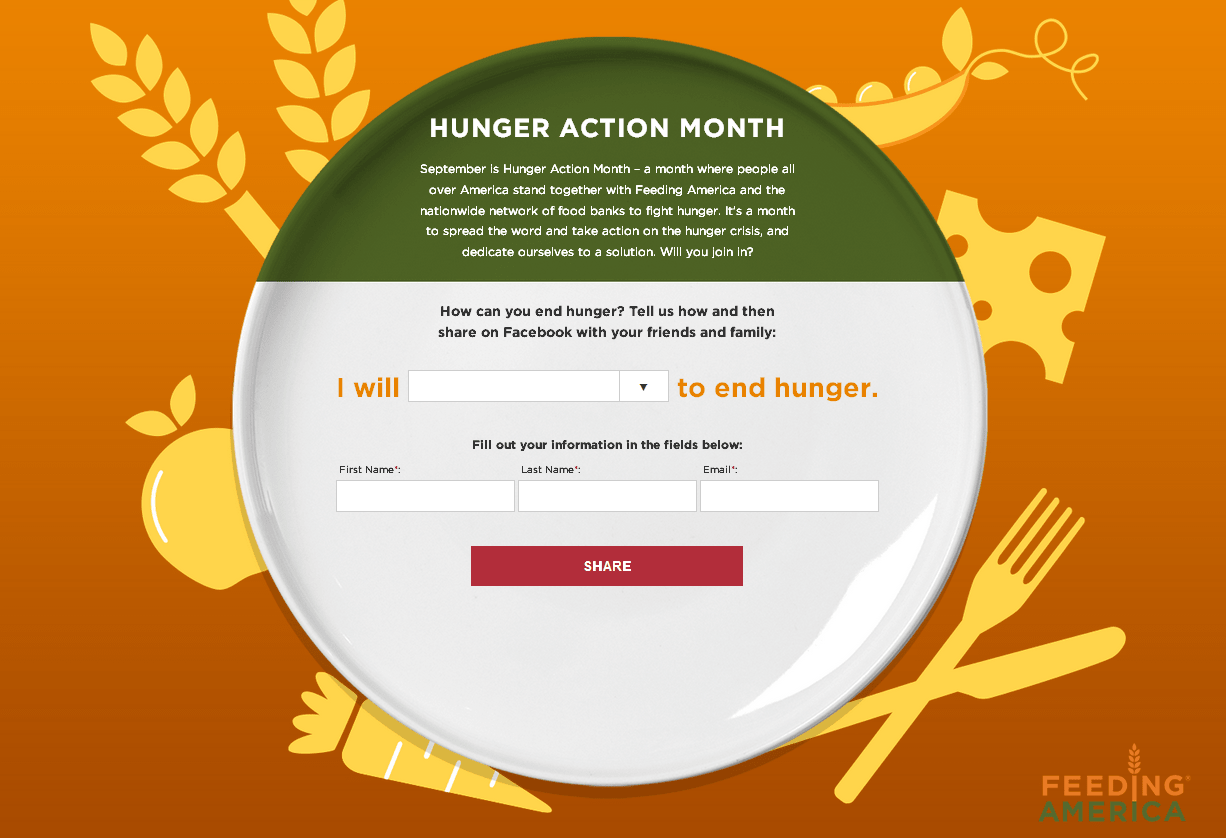 Caritas Internationalis is a confederation of 165 Catholic relief, development and social service organizations operating in over 200 countries worldwide.

Their claimed mission is to work to a better world, especially for the poor and oppressed. Caritas Internationalis reflects the social mission and core values of ending the poverty.


Branding and designing 'Food for All'

Understanding the importance of branding and designing in nonprofit sector, the organization recently hired design studio Hyperquake for its Food for All campaign in order to gather more than the desired attraction to make it more meaningful to bring change to people’s lives. Caritas made sure that it reaches out to maximum number of people in a more meaningful and way while making the right impact. And with just a look at it one can tell what a great designer can do with the right font. 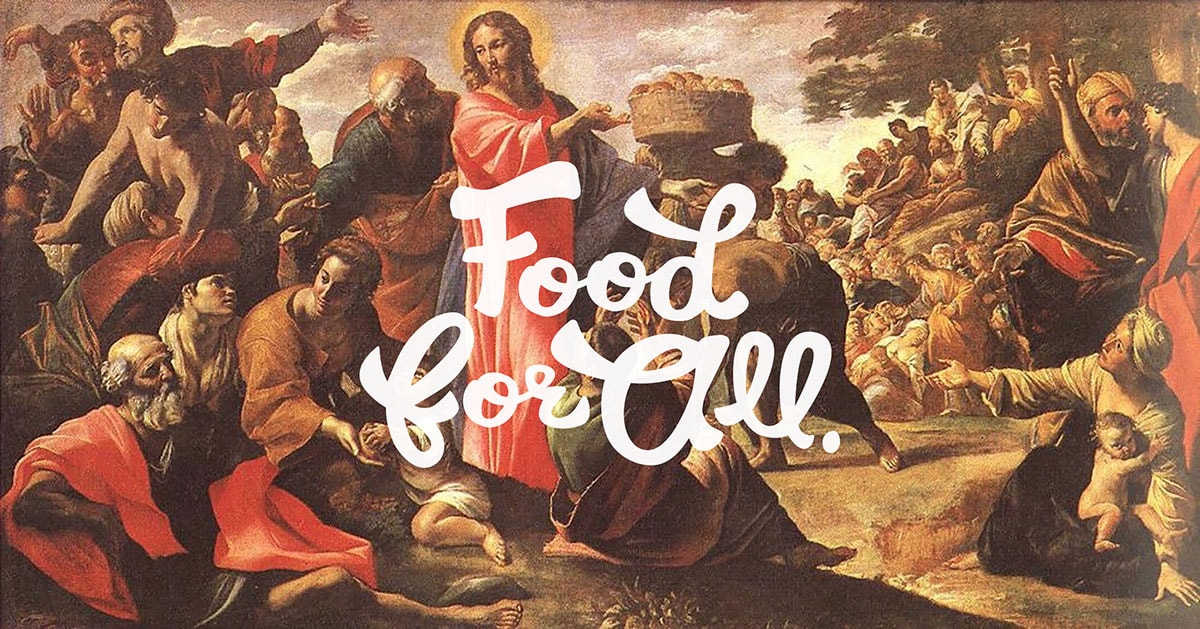 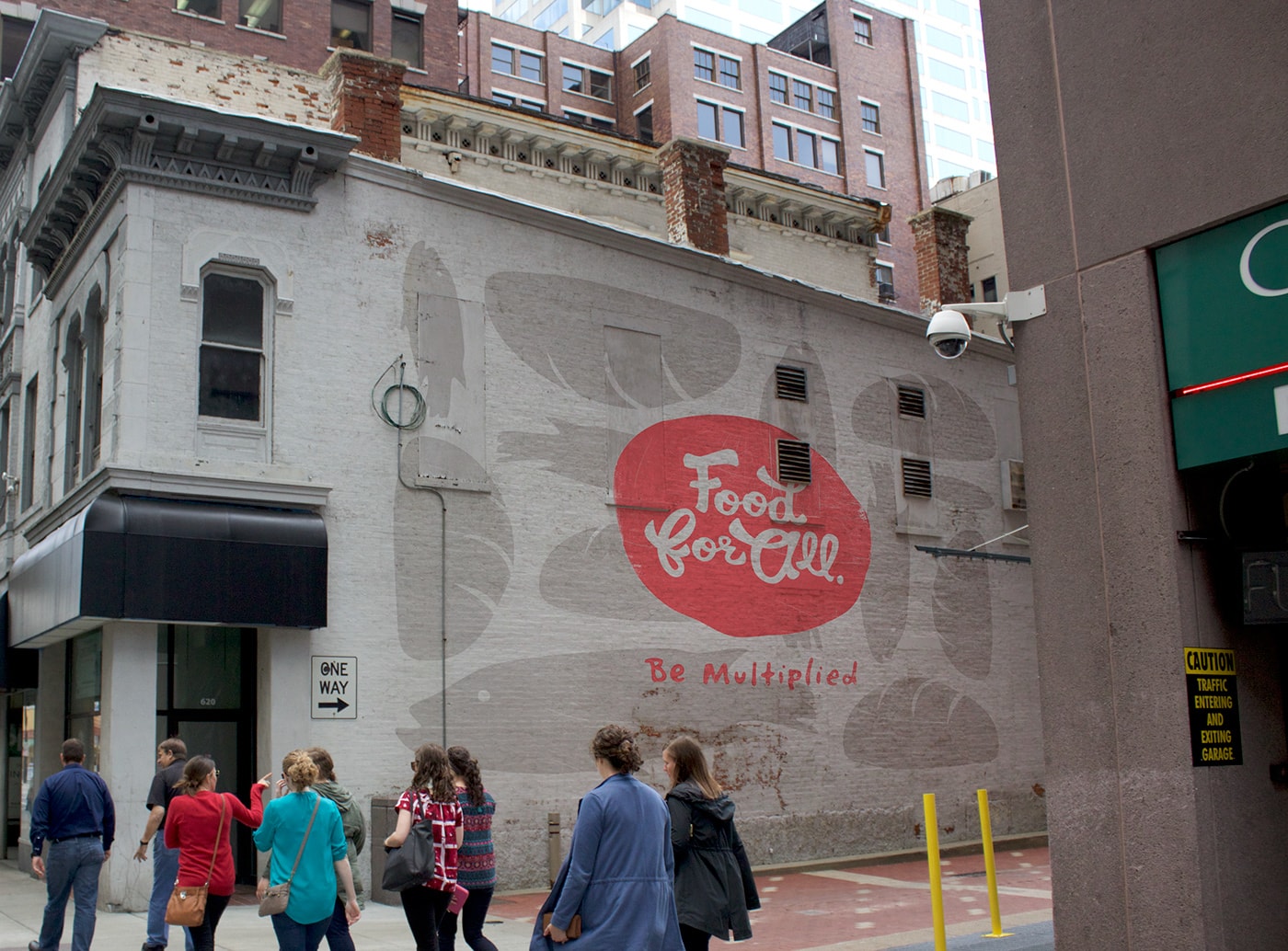 CrowdRise is a crowdfunding platform that uses crowdsourcing to raise charitable donations. Founded by Edward Norton, Shauna Robertson, and the founders of Moosejaw, Robert and Jeffrey Wolfe, CrowdRise's fundraising model is based upon the notion of making giving back fun, which will lead more people to do it, and the fundraisers will raise more money than they would have otherwise.

The platform uses gamification and a rewards point system to engage users to participate in fundraising and donating.

During its Giving Tuesday campaign, CrowdRise built a virtual 'Giving Tower,' which grew taller each time donations were made to various causes.

Simply by pointing their smartphone cameras toward a flat object, viewers could see the tower appear in augmented reality. As the tower grew, it unlocked virtual reality films for viewers to learn more about various causes around the world. By the end of the campaign, CrowdRise had raised more than $6 million for the featured nonprofits. 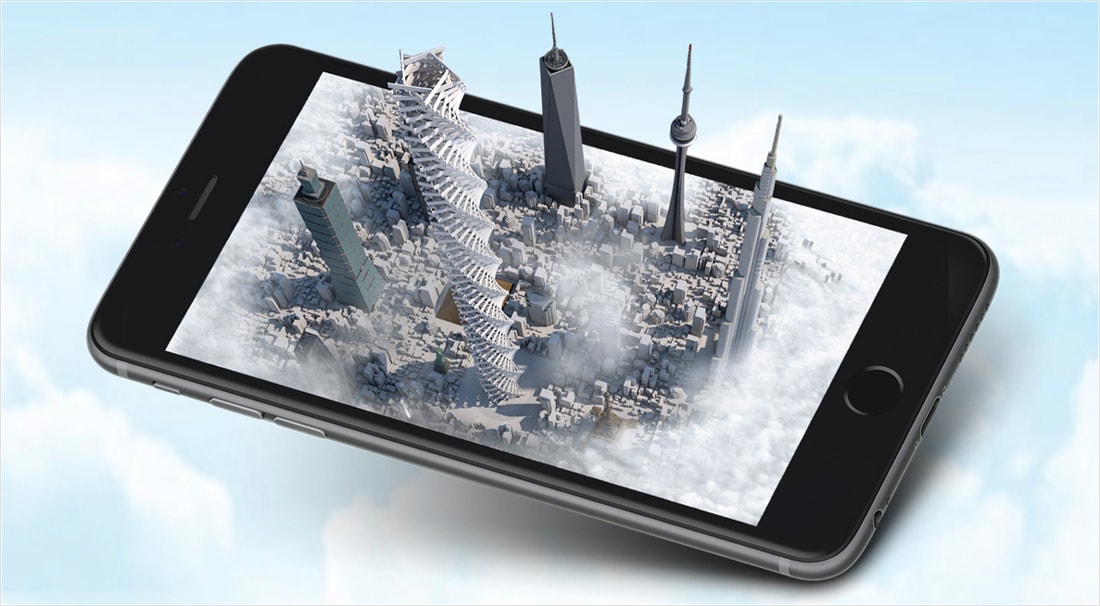 Founded by Chase Adam, Grace Garey and Jesse Cooke in May 2011, Watsi is a nonprofit that is known to build technology to provide global access to healthcare by connecting people. Based in San Francisco, its major aim is to finance healthcare and medical surgeries by collecting donations of about 3 million dollars annually through crowdfunding.

According to Watsi, more than 400 million people lack access to essential health services, and up to 40 per cent of healthcare funding is wasted due to inefficient systems. Watsi claims to offer efficient enrollment and a platform that enables Watsi to efficiently enroll members in its coverage. Once enrolled, members can access healthcare at the clinic whenever they need.

On Father’s Day, Watsi introduced especially designed cards (each costing $50). By sending a Watsi card to the fathers, the donors simply donated fifty dollars to the patients. 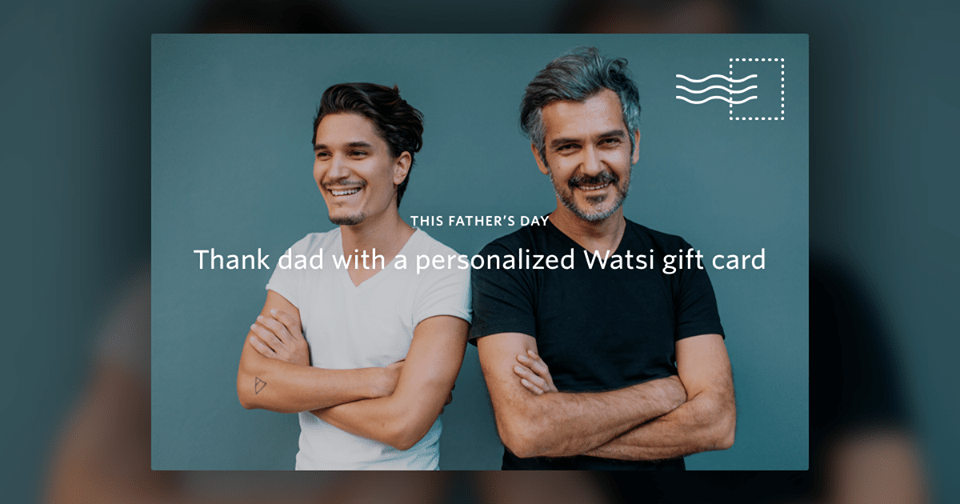 Similarly, Watsi had created a minimum viable product (MVP) (designed by their lead product designer Mustafa Al-Qinneh) recently for letting people create their own birthday campaigns on their website thus inspiring people to try something different on their birthdays.

You can run a birthday campaign on Watsi and urge your friends to consider donating to your birthday campaign instead of physical presents or cards to save lives. Once your campaign ends, the money will contribute life-changing medical procedures, and you will get patients’ stories and updates of their procedures. 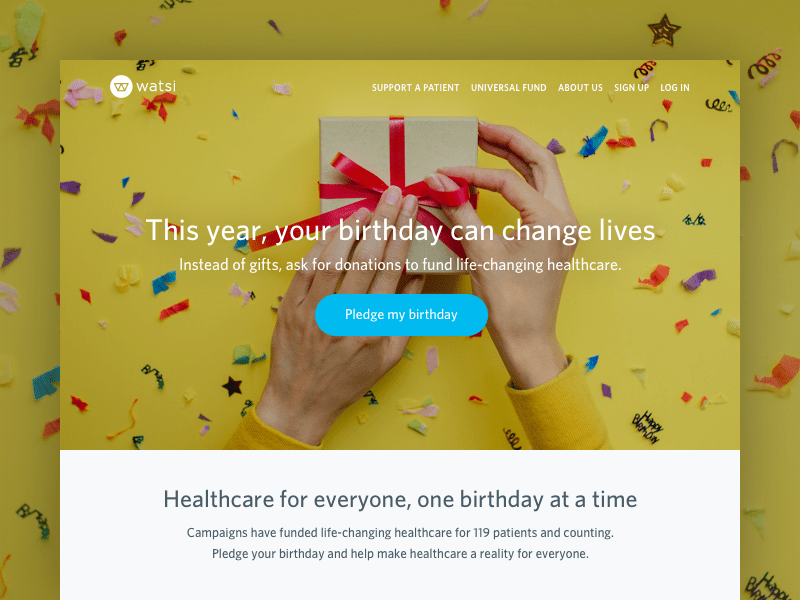 THE LESSONS FOR GRAPHIC PEOPLE

There are numerous examples on how some tricky design elements have just skyrocketed the donations amount helping NGOs to help others. There are some key points for designers which should be kept in view while designing for nonprofit campaigns: