Known around the globe as the Golden Ratio, the divine proportion, Golden Mean or the Golden Section, it is a mathematical miracle in other words, the value of Phi.  Based on the famous Fibonacci sequence, which goes like 1,1,2,3,5,8,13,21,34.. and so on forever, where every new number in the sequence is the combination of the two preceding it, its ratio 1.6180 has come to be known as the perfect proportion for creating well balanced and eye pleasing art and architecture. In fact every form of designing, from painting to photography to web design, the Golden Ratio has become the way to go.

It began as a medieval math joke in the 12th century, when an Italian man named Leonardo Fibonacci started to calculate the ideal expansion of rabbits breeding over a year. Through his extensive research, he came up with this series. Little did he know that his discovery would turn into the magical proportion that could be used to create or design anything you wanted in a perfect balance? 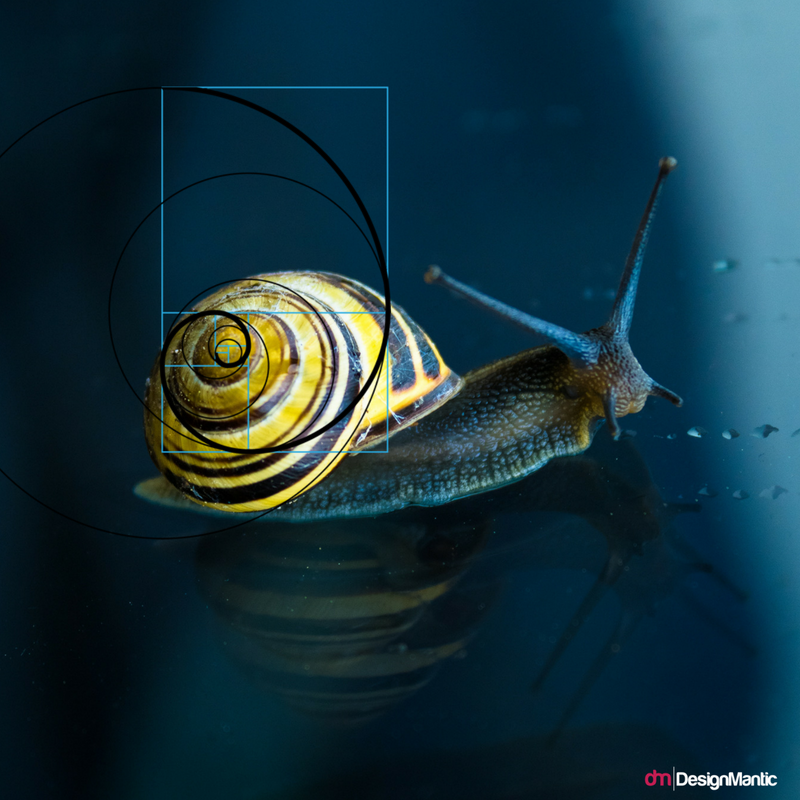 Many researchers have shown us that this Ratio of 1.6180 was probably the basis used by the Egyptians to build their Pyramids, the way they stand even today, unfazed and unchanged through centuries, is a testament to its perfect balance. Similarly, the Parthenon in Athens which is said to be made by this Golden Ratio in its every angle, its columns and its erect façade, the reason why it is still standing. In paintings, it was used by Leonardo Da Vinci in his famous Mona Lisa, and by Salvador Dali in his Sacrament to Last Supper; the divine proportion, or Phi, or this Golden Ratio, whatever the world wants to call it can be found in every aesthetically perfect visual we may come across.

Divine Proportion: Why Is It So?

It is referred to as the divine proportion because of the near perfect, error free results it brings forth. Wherever Phi is in effect, the result is well balanced, harmonious and so beautifully constructed that every detail is evident with all the intricacies of its pattern, it is vivid and yet subtle. If you study it in depth it is astounding, and if you just happen to gaze upon it as an observer it is bewitching. Photographers are taught to use the Law of Thirds to acquire the well-proportioned picture which is not only equal in every angle but also the most pleasing to the eye.  One of the most stunning shots of all times as well as the wedding trends photographers love are based on the perfection of Phi. 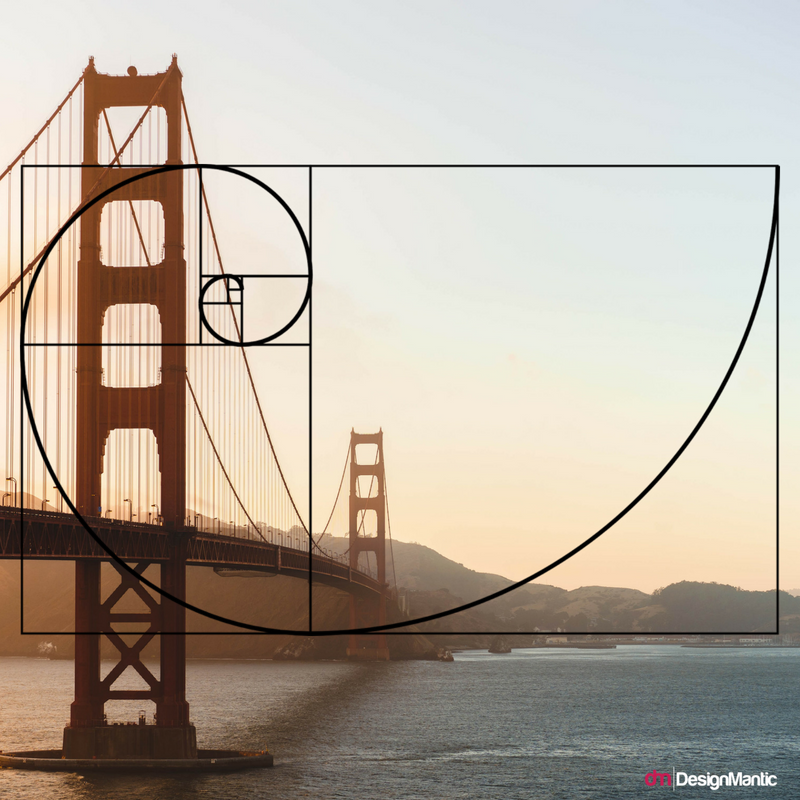 Hence in all its perfection, its precision and its ‘divinity’ the Golden Ratio is the basic rule for all that we create.

Even Nature Is Compelled By It:

The golden ratio is even more enthralling when it is observed in the Nature’s course. It seems that everything from the Galaxies, to the mountains, natural phenomenon like typhoons and hurricanes, right down to the trees and plants and seed formations, all things seem to be created on this one ratio; Phi.  The best example is, of course, a sunflower seed where they spiral out in the divine proportion of 1.618, and if we count the seeds of any spiral the number will be the Fibonacci sequence. 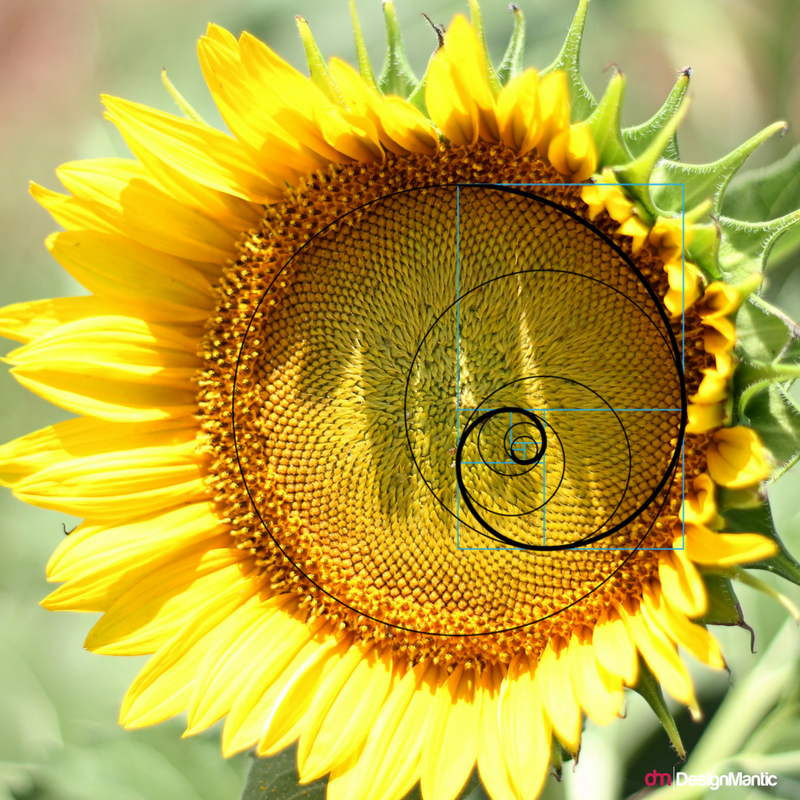 The Fibonacci Series is also seen in plants that put out leaves from one stalk. As the tree spirals upwards the number of leaves around each stem will be a Fibonacci number. It is astounding really, to find out that even the human body is relevant to the phi, the distance of the finger from the base to the wrist is larger than the one preceding by a Phi. Flower petals have this ratio, snail shells have the golden spiral, animal bodies exhibit similar tendencies, human faces are said to be more beautiful if they are closer to the Ratio in their proportion, even the reproductive dynamics of a honey bee is based on the Golden Ratio. It has also been noted that the flight pattern of a hawk closely resembles the Golden Spiral, the angle of its descent is the same as the spiral’s pitch, and its direction of flight. Everywhere the Golden Ratio is in effect, from the spiral of the Milky Way to the molecules of the DNA, and it’s still being explored further.

The Secret Behind The Best Aesthetic Formation:

Many people have wondered what is it that makes the Divine proportion so perfectly balanced, and whatever image, architecture, painting or graphic design is made using the Phi, it comes out looking very pleasurable and beautiful. Adrian Bejan, professor of mechanical engineering at Duke University, in Durham, North Carolina, has now discovered the secret behind the aesthetic perfection of the Golden Ratio. 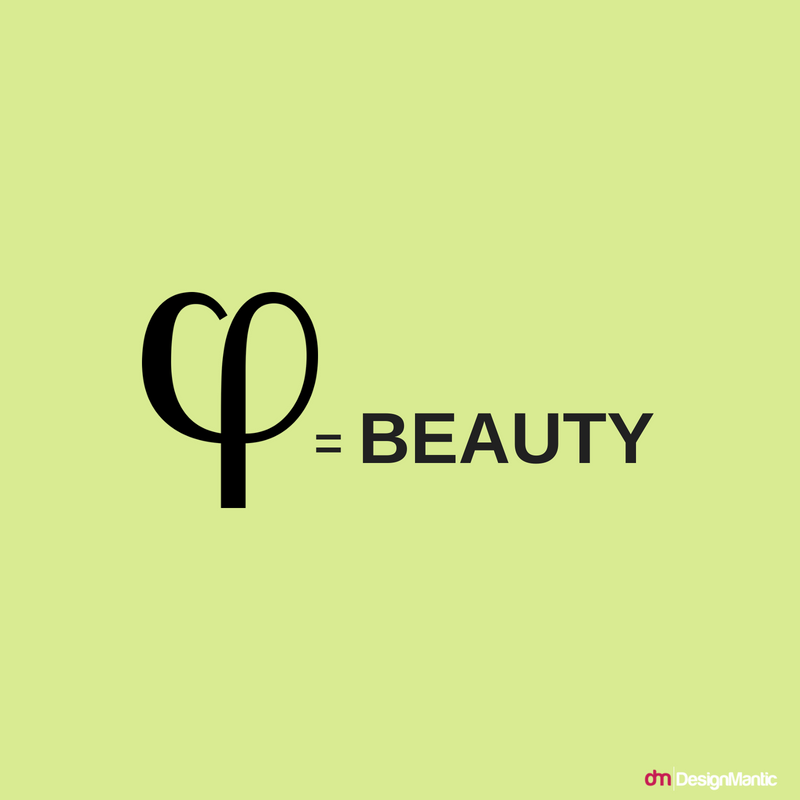 According to his research, the human eye is oriented on the horizontal. So whatever is designed along the horizontal planes, like the Golden Rectangle, the human eye not only assimilates it quickly but also appreciates its artistry and innovation, because it grasps the patterns and the intricacies of the image immediately. Whether intentional or incidental, the ratio in the Divine Proportion is the best to transfer to the brain. Whatever design or image or architecture is based on the Phi, it comes out as an eye pleasing result, creating the impact of beauty through its perfect balance and alignment.

Designing With The Golden Ratio: An Easy Task:

Nowadays, the Golden Ratio is also used for web designing, and it has been made extremely easy to be incorporated in any sort of page we want to make.  For instance, the Rule of Thirds is the quickest way to create the best position for all content on your page as its three horizontal and three vertical lines equally divide the rectangle and automatically give you the focal point. You can work with any shape but using the rectangle will make it appear closer to the Golden Rectangle and thus deliver the best eye pleasing results.  You can tweak the points to manage the pixels on the page but keeping it closer to the 1.6180 will give out the best results. Thus you can easily design a web page with certified good results. 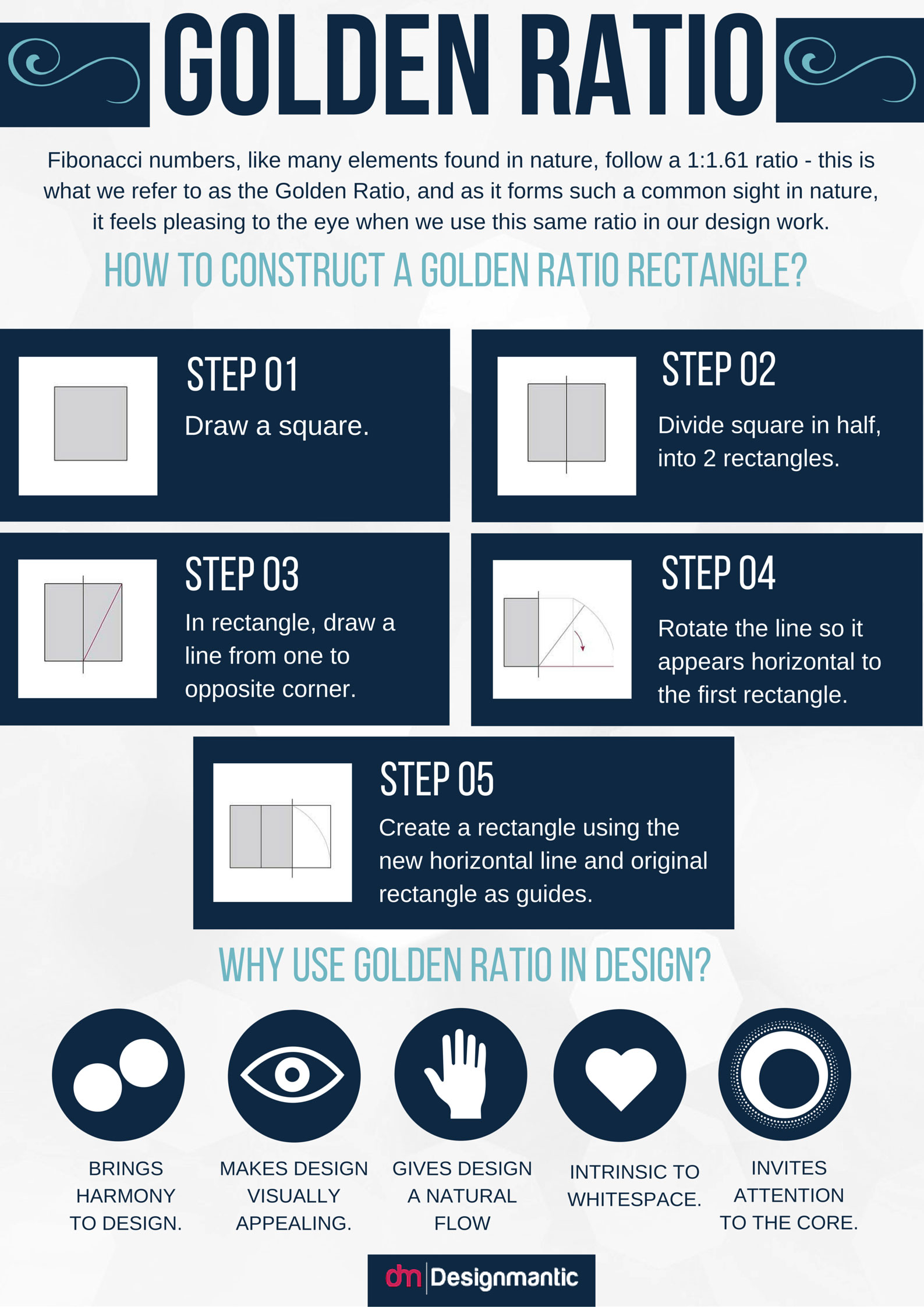 We have also put together a short but informative presentation for your consideration in which you shall find a number of logo design examples that fulfill the ultimate universal value of balance and perfection. Have a look and let us know of your feedback:

It is now also very easy to calculate all the Means and the Medians through the tools that are now available for the design layout of a web page by using the Golden Ratio. Available as an App, it has taken the word easy task to a new level. Now you can easily buy this app and let it take you through all the steps of designing, and its features include ‘favorites’ to reuse for repetitive tasks and a ‘click thru’ mode that enables you to use it in Photoshop as well. Then there are some fantastic tools that can make your work so much easier and faster, with the perfection of precision guaranteed. Take the Typography calculator, for instance. By initially feeding some basic information, like your required font size or the content width, it can easily be set up to always customize your typography, with the results being the best that you want. Another tool that can help in achieving the element of the Golden Ratio in all aspects of your web design is called the PHICALCULATOR.  Its simple and accurate function enables you to figure out the PHI value of any number you want in a matter of minutes! Not only does it save your time, but it quickens up the process and lets you feel the pride of a work well done. For your visual designing, a tool by the name of ATRISE Golden Section is available as software that lets you design all your graphics and images according to the Golden Ratio. You can apply the changes while working onscreen and view the best possible results.

From nature’s intimate turns to the spiraling galaxies, from manmade buildings to art and web design, Golden Ratio is evident in all the patterns of the universe. All the laws adhere to it, it is the perfect symmetry in design that makes everything appear well adjusted and harmonious, correspondent to everything that surrounds it. Its awe inspiring properties will continue to dazzle the minds of those who enter its realms of possibilities, and for those who are keen to unravel more of its secrets will find a whole new world at every step they take. It is a mathematical wonder; the ultimate, the Divine proportion.