There is a new American Dream on the horizon, one that we like to call the “Silicon Valley Dream”; if you have a ground shattering idea, come to Silicon Valley, get funded, and change the world. However, is it the only way that startups can glean phenomenal success?

While it is a wide spread notion that one needs mountainous piles of money to make their startup reach the heights of success, it is not always the case. Here are 10 bootstrapped companies that achieved big on their own, worked their sweat and blood with no outside funding, and are now enjoying the fruits of labor. On this year’s Labor Day, we present to you the epitome of inspirations:

Alan Martin was your average married college student in 2007, a proud father of a child with another one on the way. After experiencing sticker shock while purchasing his textbooks at skyrocketing prices, he had a brilliant idea about capitalizing on textbook rentals. He garnered 250,000 in credit card debt, bought a plethora of books, and kick-started a small business of renting them out to students. This was how CampusBookrentals.com was born. In 2015, the company touted $50 million in revenue. Martin says he owes his success to the early challenges and failures that he faced.

Have you ever imagined hyper-personal art, crafted out of the image of your DNA sequence? Luckily, we have DNA 11 to offer this unique and ingenious service. Boasting 60 employees, operating from three locations, and generating over $1 million in sales, the company has its roots in labor, according to co-founder Adrian Salamunovic. It seemed an almost different universe when Adrian Salamunovic and Nazim Ahmed located to a 600-square-foot apartment and chipped in their meagre savings of $2,000 into a business, projecting no sweet promises of success.

According to Salamunovic, “We had to convince people to invest in our idea and purchase what we were selling. Then we would make it and ship it after the orders came through. It was the definition of ‘bootstrapping’ and the lean start-up principles; if it was easy everyone would be running their own business.”

Gravity Payments handles about $5 billion in volume by offering credit card processing services to more than 10,000 independent businesses. It was founded by the CEO Dan Price at the age of 19 in 2004, from inside his Seattle Pacific University dorm room. Devoid of backers, seed money, and no disclosure to clients that he wasn’t even at a legal drinking age, Dan Price made sure his idea took seed. Despite the ill-starred beginnings, the business soared to unprecedented heights, and the young entrepreneur went on to win the title of National Young Entrepreneur of the Year 2010 by the U.S. Small Business Administration!

In 2006, the celebrity gossip site Media TakeOut was founded by Fred Mwangaguhunga after he hit upon an untapped market. While there were literally thousands of popular celebrity news websites floating around, none catered to the lingo and interest of the urban community. He only needed $7.99 to register the domain name, and a further $1000 to realize his idea. In a mere period of 6 months, the site amassed cobwebs but still remained unprofitable. However, he believed in his ideas and rode out the lean times working day in and day out, and finally the website found its rightful audience. Today, the site sees more than 87 million readers a month, and Fred claims that it is a multimillion dollar venture!

Brain child of Eric Grismer and Mike Chang, two high school besties, Rapid LED supplies viable LED lighting solutions for fish tanks since 2009. Being the first company to provide DIY lighting kits in Berkeley, customers soon caught on to the top-notch quality of the company, and its revenue eventually escalated from $380,000 in 2010 to 2 million in 2014. Looking back on its inception, the two co-founders chipped in all their savings, coming way under $5000, and kicked off what they deemed a low value proposition. There were times, when sleeping rent-free on the cold floor in his friends’ studio apartment, having sold all his possessions on EBay, Chang was tempted to quit, but thought against it.

According to Chang, “I think it’s OK to start small. Everyone wants to build a billion-dollar company, and they think they need to go out and find angel funding. Not everyone starts with that ability. Do what you can within your means, and just work hard. If I could go back and do it again, I totally would. It’s cliché, but money’s overrated.”

After blowing up some electronic equipment, and experiencing exasperation at not finding the right replacement bits online, Nathan Seidle saw an opportunity for launching a viable online electronic parts store. Initiating the business with a mere $2500 in credit card debt, Seidle started with purchasing a random assortment of products. Orders started trickling in faster once he graduated from university and started designing original SparkFun products. Once Seidle realized what a cash guzzler a bootstrapped startup is, he tightened his belt on personal expenses, and labored day in and day out on expanding his product base. From its humble beginnings in 2003 from Nathan’s living room, SparkFun boasts a revenue of over $10 million today, carving its niche as one of the most popular suppliers for the ever escalating “Maker” community.

The founder of the creative T-shirt company ‘Threadless’, Jake Nickell, instituted a very lucrative $40 million business by introducing crowdsourcing to the otherwise humdrum realm of T-shirt design. The company came into inception in 2002, when Nickell, a 20-year-old web developer, got intrigued by T-shirt designing and won $1000 in a designing contest. With this meagre amount, he created a website to which other aspiring designers submit T-shirt designs, the visitors vote on their favorite designs, and the winning design gets printed in limited-edition runs! The company has been growing at double-digit percentage rates annually and sells millions of tees every year.

Founded by Will Chen, Lynn Truong, and Gregory Go, Killer Aces media is a potent network of community blogs, including one of the most well-known personal finance blog, wisebread.com. The success of the venture has its roots in friendship. The three co-founders had been best friends since high school. In 2006, they kick started Wise bread at a time when Gregory was a tech guru for an Academy-award winning special effects firm, Will Chen was a young attorney, and Lynn worked at King World Productions. They aspired to seek online help in money saving but none of the online blogs resonated with them, and that’s when they thought about starting one of their own. The blog cost only $8 for domain registration, and they started hiring great writers immediately. Today, the network reaches millions of readers and its estimated revenue is $1 million.

According to Galen Ward and Douglas Cole, the CEO and the co-founder of the house-finding platform Estately respectively, the story behind their venture has its roots in frugality. Each person took out $2,000 from their savings and sought to purchase the crappiest, cheapest available server at $500, paid a little more to incorporate it, and deposited the remnant in the bank for random expenses.
However, beyond these minor investments, the duo established Estately by grabbing free stuff off the shelves when possible, using online tools such as Google Voice and Google Apps, mooching server hosting from another startup, and working out of Cole’s basement apartment! The duo found their first broker on Craigslist and asked him to wait for his payment until the app started generating income, and their first developer worked free of cost to glean internship credit at a local art school! However, Estately raised more than $1 million in the first year after its inception, and is currently running with a team of 17.

According to Galen Ward, “The early days left us with a very frugal culture.”

According to Collis Ta’eed, the CEO of Envato, “Our outfit Envato was launched by myself, my wife, my big brother, and my best friend. We chipped in whatever money in savings we each had, coming up just under $40,000, and mostly just worked hard.”
Envato serve dual purposes; firstly, it runs eight websites that help other people generate a modest income. When it comes to revenue, these are Envato’s biggest sites and include ThemeForest, which is the sprawling online marketplace for selling and buying WordPress themes and templates. Secondly, Envato incorporates a set of ten sites that help their followers learn professional creative skills. When it comes to traffic, these sites are significant for Envato, including the site Psdtuts, which is the largest Photoshop tutorial online. While the exact revenue generated by Envato is unclear, its top seller on the marketplaces has sold $500,000 in gross sales in under two years – and we are talking about just one guy! You can do the Math from here!

What do you think is the biggest challenge of launching a business with next to no capital? Do let us know in the comments below. 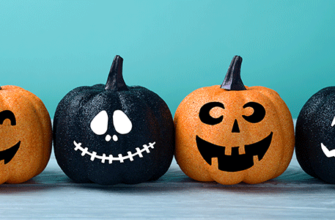 #GivingTuesday Roundup: 21 Halloween Resources To Design The Living Daylights Out!

Sticks and stones may break my bones, but this Halloween even howls, hoots or meows can scare the bejeezus out of us. This is largely thanks to the great designers ... 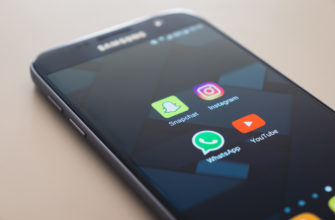 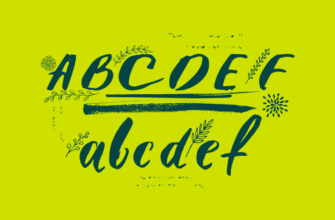