In contrast to the variety of our contemporary sports, ancient Romans used to have a brutal taste for athletics. There would be armor-clad strong gladiators battling hungry lions in the crowded Colosseum. And oh, don’t forget the Chariot racing too. Unlike today’s sports – that ensure each player is kept safe and fit till the end of the game– the bloody sports in Rome were documented as pictorials on the walls of the estates. They didn’t think of having fight logos back then, or maybe those team wear emblems were their logos. What do you think?

It’s simple. They ran competitions but weren’t advanced enough to come up with logos for each team. The audience simply didn’t know who was competing until the face of the victor was revealed. But today, the nature of sports have evolved, let alone the Olympics. But they all have one thing in common – their sports logos.

Today, the die-hard fan of any sports team will go at lengths when describing their favorite team. And notice the first thing they’ll start with: it’s definitely going to be the logo. They’ll describe the most intricate elements of design that will even astound the experts. The fans probably know for sure that their teams are highly recognizable because of their unique logos. Nowadays, sports fans intensely associate themselves with sport teams, especially when they represent their power and strength with an eagles logo, wolf logos, lion logos or even dolphin logo.

As easy as it sounds, combining all the logo design elements, especially when designing custom sports logos, can seem like opening a can of worms. Amateur designers possibly don’t have a chance with it – unless they’re some reincarnated prodigies.

What Do Sports Logos Mean?

Look around you, logos surround you everywhere you go. Logos for businesses are used for marketing the brand and sell it, while for a sports logo, you can expect 360 degrees shift in the idea. More than marketing, the logo of a sports team focuses on the passion, teamwork, identity, history, and culture of the team.

Companies in a niche industry compete with logos of similar types, while the sports realm encompass a massive gala of unique logos representative of each team, regardless of the sports type. It’s the motifs, mascots, the colors, typography, form, and others such visuals that work as the final recipe for the design of a unique sports logo.

These aspects must contribute fully to preserve the values and the depth exhibited by the team. The logos qualifying the requirements of an athlete logo design make the team look more professional and identifiable. People recognize them and memorize the emblems of their preferred teams and that is what it’s all about – stirring different emotions in the audience.

However, in this article, we’ll discuss the main design elements for sports logos. How these elements interact and what do they mean will be the focus today.

The logo of a sports team has much more to say, apart from its appealing visual quality. Just like the flag of a country has a combined meaning for each of the colors in it, the font, size, shape, colors, and design of a logo combine to convey the overall semantics.

1. Focus On Simplicity, Focus On The Sport

Almost every designer out there knows the importance of a simple and intelligible design. As a general rule of thumb, simplicity should be the top priority when designing a logo for anything. For each sports type, you must know the basics of the spots. The simplest ideas could generate a whole train of thoughts and impressions in the minds of the audience. If you’re wondering how simplicity can knock the socks off your rival team, then take a look at the example of the American football logo icons.

For instance, if you’re going to design a logo for American football or Rugby, you’ll probably use the ball, the player’s silhouette, the helmet, or even the playfield to represent the sport. Each of these icons directly orient the viewer’s thoughts towards the playfield where the broad-shouldered players are ready to take the rugby past the opponent’s home ground. 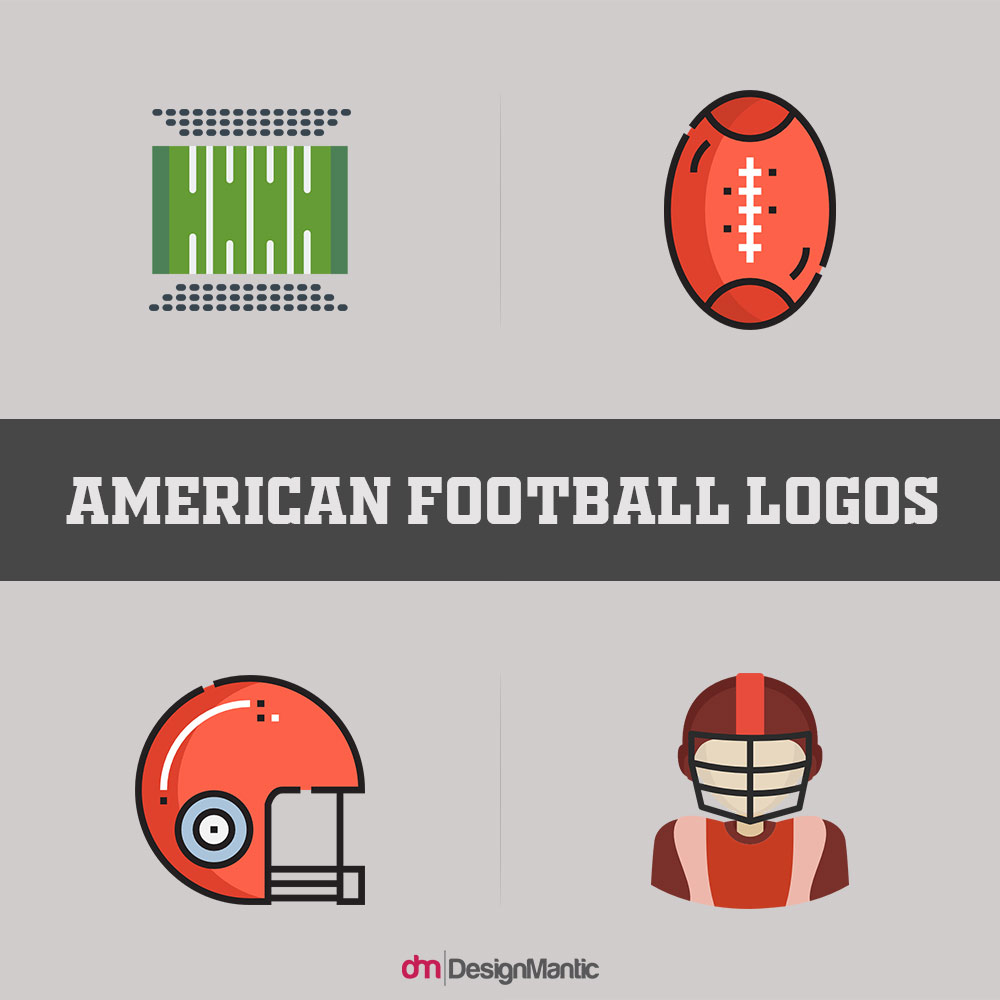 If you’re wondering how simplicity can knock the socks off your rival team, then take a look at the example of the Major League Baseball logo. A simple silhouette of a player ready to hit the incoming baseball.

Another main feature is the logo’s adaptability and versatility. A perfect logo design is deemed highly crucial for a team’s endurance and persistence, for which adoption of the current style is very important. The versatility, on the other hand, promises long-term flexibility and leverages the sports team to adapt to the growing challenges in today’s world. The component of embracing change is analogous to the revival of the image of the team, hence, by incorporating modern trends and styles.

Consider a designer using flashy and neon type or symbols like those popular ones in the 90s; think the fans would like them in these days? Not a chance. They’ll probably be turned off and would repel their most favorite team. 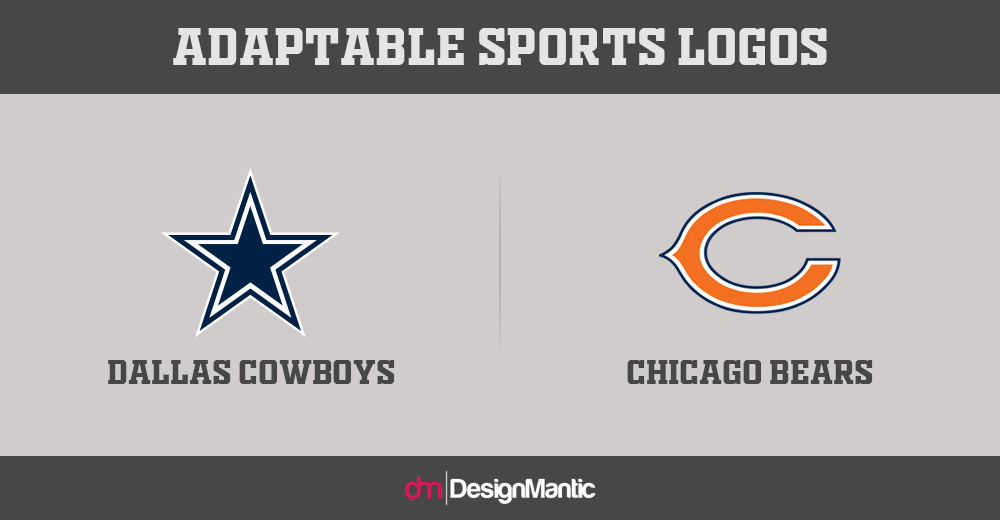 There are also some designs that, no matter how old they get, never seem to lose that spark. An exceptional example here is Dallas Cowboy logo that represents ‘The Lone Star’, depicting Texas’s solidarity and independence. A strong motive and historical imagery is also a way to develop a versatile design that stands the test of time. Another outstanding example is the Chicago Bears that have kept a consistent approach in modifying its team logo for a more modern, trendy, and minimalistic style.

That reminds us, why don’t we mention some bear logos too?

Since Chicago Bears don’t use their original grizzly bear image anymore, some sports teams are rocking their logos with fierce bear logos. The sport may vary from ball to the bat, but the bear might represent the region, the team’s strength, and its ability to survive the toughest challenges. Here are a few good examples: 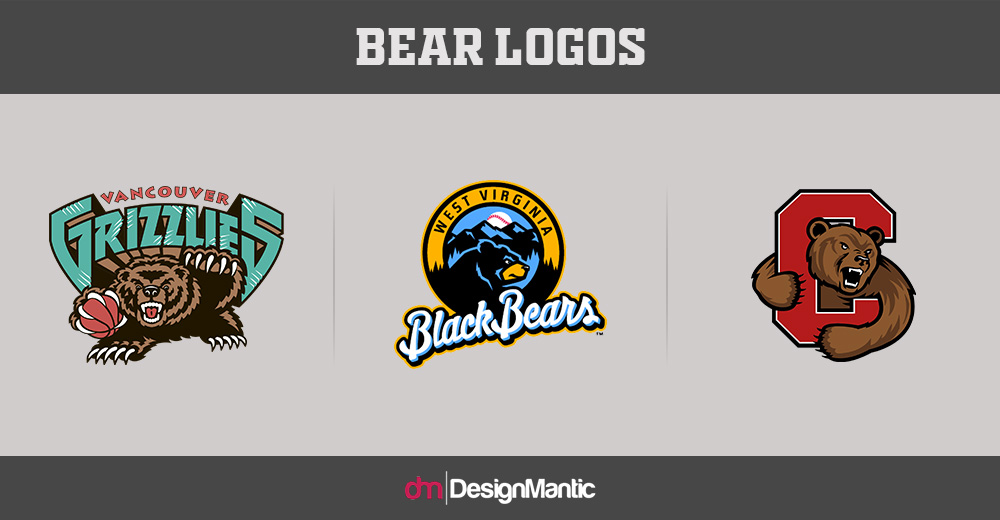 The true mark of identification comes from the sense of uniqueness. Logos, in general, must be different. In your sports niche, you can watch out for inspiration, yes, but never imitate. Mimicking others only portrays your goals as bland and blatant expressions affixed to someone else’s original idea.

Plus, you should give the sports fans something to remember you by and that can be the logo. As a sign of your distinction, you can concoct your logo design in various manners. The names might seem like a random jumble of words and might not even associate with the logo or the names of the teams are exactly their logos. Beyond the big picture lies an impressive meaning. Cleveland Browns, Boston Red Sox, Atlanta Braves and Major League Baseball are a few notable names among others. 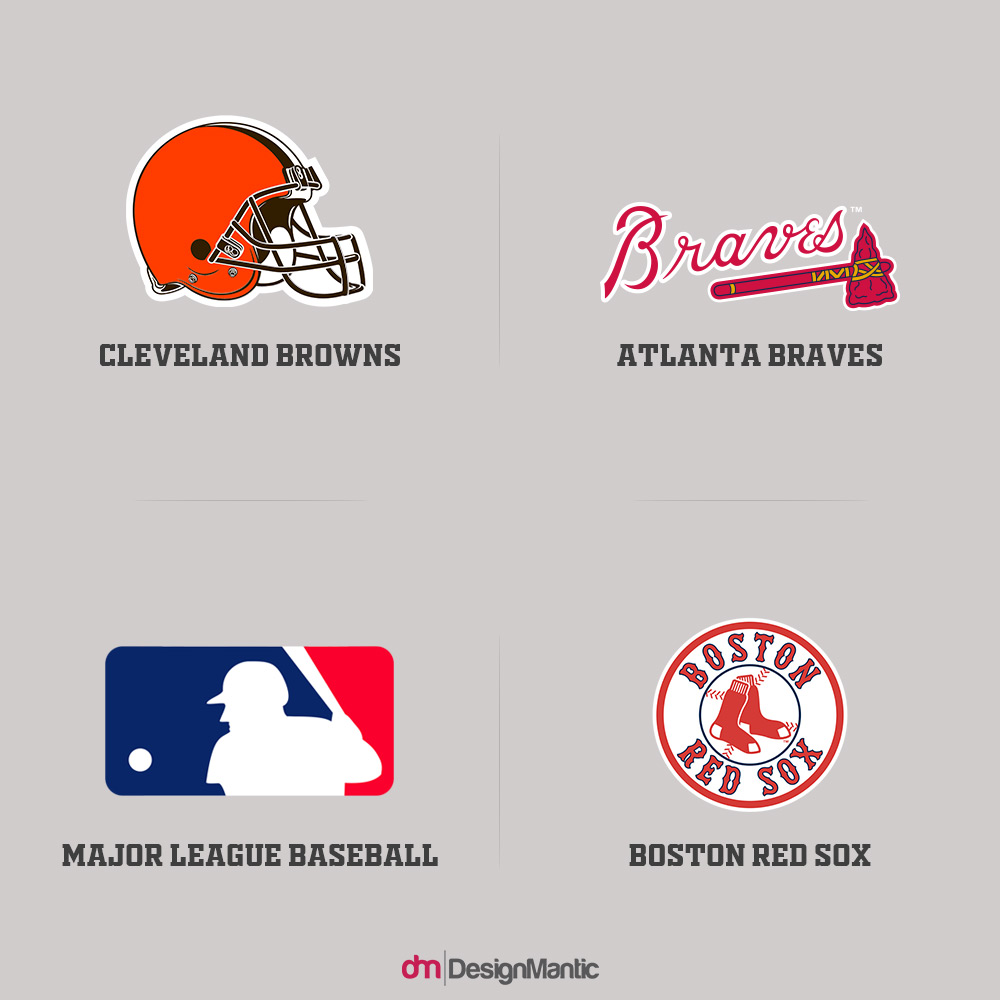 With so many examples in the world, there’s no reason why you can’t come up with a custom sports logo design, especially when you have the choice to be unique and different from the rest.

Sometimes, the teams need to show what they mean by the names and logos they come up with. And that is why they use bull logos.

Sports teams use the bull logos to communicate the perspective that they’re going to crush their opponents like a ferocious bull running in the Grand Pamplona. From the bull logos below, it seems like just their flaring nostrils and long, sharp horns are enough to scare the competitor away. 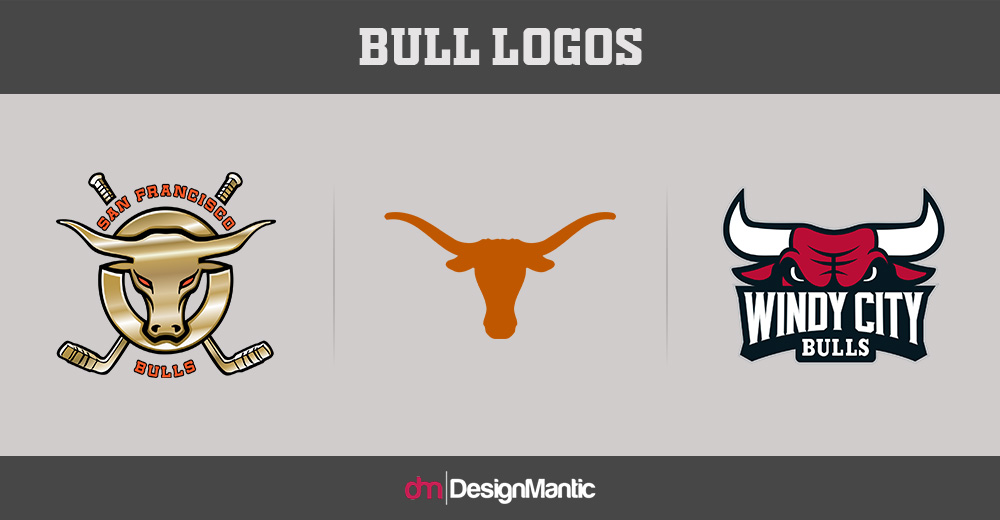 If you think Unique Logos are a paradox, then follow these Tips To Make Your Logo Unique!

You know your sport and you know that you have to regulate the flow between your sport and logo. You have to ease the tension that hinders clear communication. Sports involve constant motion and that should reciprocate your logo design. It can be one of the trickiest parts, but once you’ve accomplished a good one, you’ll feel the worth of it.

Plying colors, lines, forms, types, and images can help orient and streamline your concepts, which can be used to guide the public towards a particular direction. But remember that not all sports logos depict motion in the dynamic sense. If you’re designing a baseball logo, you may picture some motion behind the ball hit straight by the bat or a batsman swinging the bat to and fro. Or maybe, who else knows more about motion and dynamism than eagles?!

Eagle Logos – For A Faster And Smoother Win

Without a doubt, eagles are the rulers of the flight world and are known for their keen sight, perfect grip, and faster-than-the-light speed. Sports teams, especially basketball, baseball, and football depict their team members as eaglets that can make their move faster than the blink of their rival’s eye. 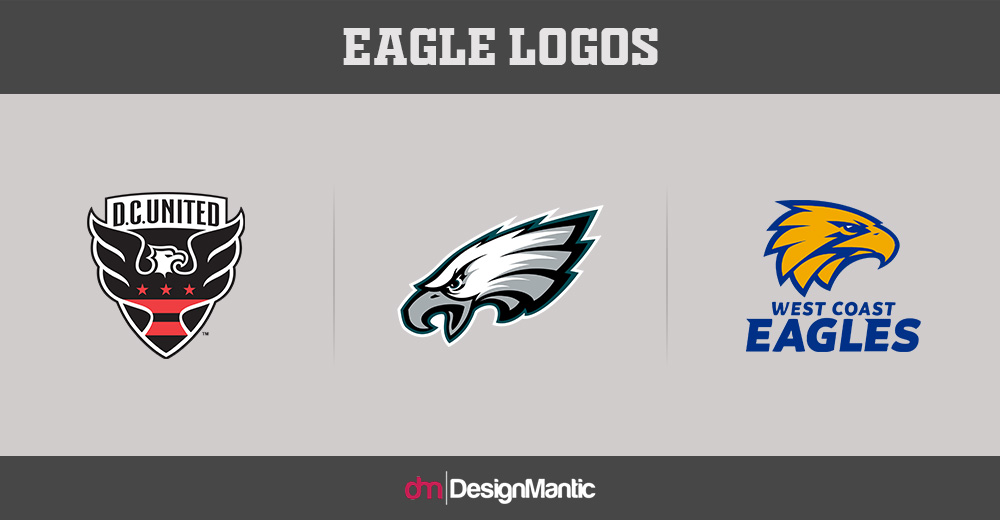 5. Say What You Want To Say – Using Caps And Bold Font

Sports are all about robustness and action. And that is why teams need to express that in their logos too. Imagine what impression you would be making on your audience with your extreme sport represented by a fragile theme and cursive and girly fonts? You aren’t participating in a ballet competition, are you?

You need fonts that are manly, bold, thick, and used in caps. They demand an immediate call to action and are a great way to influence the fans. Such fonts can also help amplify the overall communicativeness and responsiveness. Pick out any sports logo and you’ll see huge fonts with each.

6. Let’s Not Leave The Colors Behind

Like other elements of logo design, colors are essential indicators of team spirit and enthusiasm. Human minds have the ability to process colors straight after they make out the shapes. Colors should help the audience recall their experiences and should be thought of with care and ingenuity. Either it’s red, blue, green, yellow, orange, black, white, or a mix of two or more, colors can make or break the logo design.

Colors have a subconscious impact, which is why different emotions are triggered by colors of the spectrum.

Regardless of their age, sports fan always expect some kind of attention when it comes to sports logos. What responds to their attraction is the energetic flow of passion in their blood vessels, which can truly be identified by an unusually captivating design.

One must consider all the elements of a sports logo when designing for a sports team. Doing so will not only appeal to the players but will also captivate the fans alike. Then let’s play, shall we? 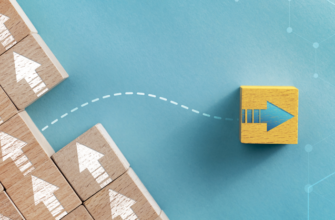 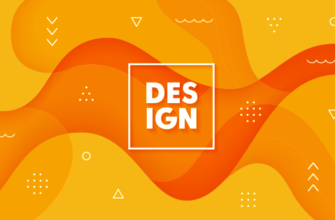 A logo is a visual symbol for your brand. While there are several different styles a logo design is created and presented, the combination mark logos remain the most popular ...