Reality Shows are all about entertainment. And presidential candidate Donald Trump is no stranger to reality shows. You might be familiar with the Trump brand if you have watched shows like “The Apprentice” and “Celebrity Apprentice.” You might also know that they have two things in common –

Trump’s presidential campaign, according to some people seems to follow the same strain as his reality shows. In fact, people were even convinced that his announcement to run was nothing but a gimmick to promote the next reality show or business venture.

That assumption changed fast. The reality estate magnate turned presidential candidate is now a frontrunner in the presidential race. How? Voters say that his connection to reality TV gives his presidential campaign an edge over other candidates. Even his famous “You’re fired” slogan was repeated by his supporter Sarah Palin in a campaign rally.

Our panelists for today are –

A lot of people have accused Trump of running his presidential campaign like one of his reality shows. Chris Matthews is one of them –

“It is oddly enough, the reality show that Trump is producing before our eyes. We tune into him for the fascination of seeing how long he can do what he’s doing…. Trump is the long-time master of this game. For years he sat stone faced, the hard-nosed business tycoon deciding the fates of those sitting in that quiet room before him. Then came the verdict – ‘You’re fired!’ The contestants hated it; the audience at home loved it. Today he’s doing the same to his presidential rivals with the added bonus of being a contestant himself.”

We mentioned that reality shows are all about entertainment. How do participants become popular in reality shows? They do outrageous things. According to Rob Oberst, his experience as a reality show host is a magnet for reality show America –

“Trump has said at least a dozen things that the pundits thought would end his candidacy. But that is the difference between past presidential races and the reality-show presidential contest, where these seemingly damaging comments actually help attract attention and, oddly, voters. Although many of us hate to admit it, we have become ensnared in reality shows.”

The Presidential Campaign As A Reality Show

“He knows show business. That puts him in position to understand that the presidential election campaign is really just a badly acted, billion dollar TV show whose production costs ludicrously include the political disenfranchisement of its audience.”

Even news channels like CNN are now cashing in on the new form of elections. Contact reporter David Horsey says that Donald Trump deserves a lot of credit for this development. He says –

“The ex-reality-TV host’s big mouthed braggadocio transformed the process of choosing the next commander in chief into the biggest reality show of them all. Once voters — or should I say viewers? – began tuning in for reports about Trump’s daily antics, they got hooked, not only on The Donald, but on the full cast of characters.”

A lot of people have taken notice and taken to twitter to comment on this issue. Some of them are skeptical about Trump’s reality show campaign –

This whole presidential campaign has felt like some VH1 reality show because of Donald Trump. It's like a fucking circus out there.

Someone tell Donald Trump that this his "reality show" of a presidential campaign isn't entertaining anymore.

Others seem to be enjoying the ride –

Redbook Magazine has an interesting perception of the Trump campaign. Take a look at this video.

9 Youngins Who Perfectly Recreated The Many Faces of Donald Trump

Like it or not, Donald Trump’s presidential campaign is making voters talk. Where does the Trump brand end and the presidential candidate begin? Give us your thoughts. 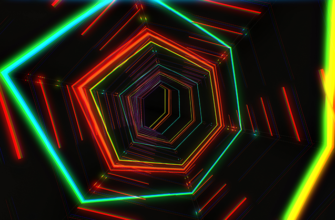