Static logos have been the norm for decades, but they’re now on their way to becoming extinct. These logos rarely, if ever, changed format and bore the standard for the design and branding. However, in the era of digital media, static logos are far from welcome.

And that’s where logo systems come into the picture.

Logo systems has become a symbol of ‘cool’, well-established brands. Therefore, you can’t afford missing out on the vital information in the lines below if your aim is to gain a solid reputation and increase your sales turnover through your logo design.

What Is A Logo System Exactly?

News of the death of static logos has been circulating for some time. It wasn’t until recently, though, that it was confirmed. In their research paper, Cian, Krishna and Elder (2014) uncovered that dynamic imagery is the most important aspect of logo design. If used carefully, it can improve consumers’ engagement levels with logos and, eventually, their attitude towards brands.

With similar research in hand, designers began calling for the adoption of logo systems to make their logos unique.

Touted as “one of the most interesting developments” in logo design so far, a logo system is a graphical framework that adapts to different situations. By shifting and changing, this framework allows brands to connect with customers through pointing to other ideas and issues.

Let’s get one thing straight though – logo systems aren’t synonymous with dynamic logos.

Dynamic logos change shapes, colors and wording based on the context they’re used in. They’re generated manually or based on an algorithm and can either be created at random or following specific rules.

On the other hand, logo systems use a series of marks or the multiple iterations of a mark to communicate a specific aspect of a brand. In simpler terms, the logo’s main structure remains the same, but it’s impregnated with different imagery or made to look a little different with each viewing.

Before delving further in logo systems and their use, you should understand that this concept is still in its initial phases and experimental. Therefore, I believe the categories of this valuable communication tool are bound to increase beyond the ones I discovered and featured below.

There’s another way of categorizing logo systems has been defined by Chloë Ayres, Head Designer of the Goss Agency. In her post ‘Are Logo Systems the Future of Corporate Identity?’, she details two types of systems from her experience.

She goes on to explain that Analogous logo systems are those which look like they belong together. If you see one logo, you can instantly recognize a different one from the same brand. As for what she refers to a Collector’s Item, these systems can’t exist without omnipresent social media and a very loyal customer base.

Also known as a liquid brand identity, a fluid brand identity was defined best by the Partner of Pentagram Design Paula Scher as a dynamic and recognizable “branding system that can be adapted across mediums.” (Scher, 2014)

The increasingly diverse technologies available have provided multiple opportunities for communication. Therefore, for your brand to truly generate a buzz and make an impact, you need to ensure that its logo reflects the company’s character while remaining flexible enough to adapt to a variety of applications. Only then can your brand accrue or assert its equity in a variety of marketing environments and inspire customer loyalty.

However, you need to ensure both consistency as well as fluidity in order to succeed. For that, consider embracing a looser set of parameters which can allow for a familiar feel while ensuring easy promotion across different media outlets.

Should You Be Jumping On The Logo Systems Bandwagon?

Let’s get one thing straight – logo systems isn’t a design gimmick or another trick designers use to ‘wow’ their clients. It’s a valuable tool that has the power to solve the client’s identity design issues. That said, there are several brands that have adopted logo systems successfully. However, a logo system comprising many moving parts and contextual styles aren’t necessarily right for every project.

Related: Design a Great Strategy For Logo Design with Logo Systems in Mind

Some of the most renowned brands choose to retain static logos instead. Coca Cola’s logo has mostly remain unchanged since the 60’s, and for a good reason too. The fact that the soft drink producer recently won hearts as a logo-less brand proves that the brand doesn’t need to modify its logo to stand out or be considered as one of the biggest brands around.

If you think your brand can benefit from logo systems, use the following eight criteria to determine if you’re on the money.

Logo systems are here to stay. This is especially true considering how modern technology allows brands to push their branding envelope further. Now this doesn’t mean that you should ditch your static logo just yet. In fact, not all brands will be able to do so because logo systems are expensive to produce, tricky to perfect, and very costly to maintain if their applications are limited. So, take your time and assess your brand’s suitability for logo systems before you invest in them. 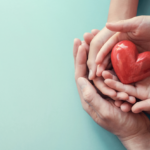 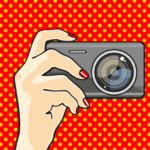 20 Photography Logo Fonts: Which One Will You Choose? 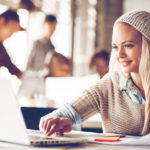 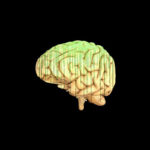 The AI-Driven Logo Maker: What To Expect